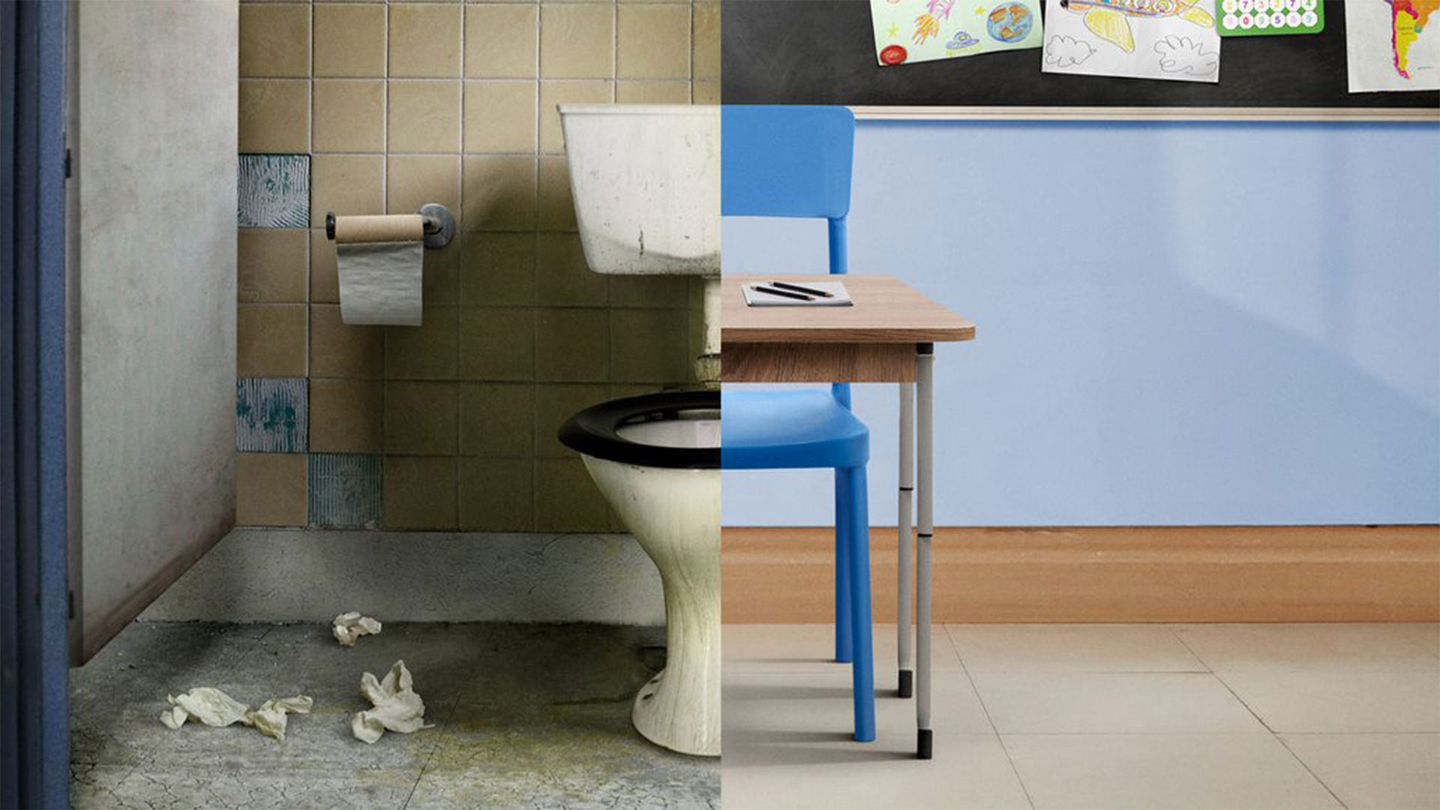 On World Toilet Day 2021, Domestos is breaking the silence on the school sanitation crisis and encouraging parents to do the same by talking about school toilets with their kids.

90% of children who took part in a new Domestos survey said they had been impacted emotionally and physically by the poor state of their school toilets.

However, only one in six had told a parent about it.

These are just some of the key findings from ‘The School Toilet Report’, a new study commissioned by Domestos, published today.

Based on research with over 4,000 parents and over 3,800 children living in Poland, the UK, India and South Africa, the report highlights the fact that poorly maintained school toilets are not only making children unhappy – they are limiting their school achievement and wellbeing.

“As an individual who has been engaged in sanitation issues for many years, this report makes challenging reading,” says Madhusudhan Rao, Domestos EVP of Home and Hygiene. “We knew that children were suffering, but the sheer prevalence and scale of these issues for our young people shows the need for urgent and immediate action.”

An invisible, international problem that is damaging children’s wellbeing

Significantly, the survey highlighted that children in all four countries were facing similar issues with school sanitation:

The findings also highlighted a consistent disconnect between parental expectations and the realities faced by their children. Despite the overwhelmingly negative experience of most children surveyed, 80% of parents rated their child’s school toilets as ‘good’.

A wake-up call for us all to act now

“The findings of this study must act as a wake-up call for us all – governments, donor agencies, NGOs, teachers and parents – to redouble the efforts to ensure every school is able to provide clean and usable toilets,” says Professor Kwame Akyeampong, Professor of International Education and Development at the Open University and a key contributor to ‘The School Toilet Report’.

To this end, Domestos will be using the findings of ‘The School Toilet Report’ to better inform our work, such as the Cleaner Toilets, Brighter Futures programme. Together with a variety of partners, including development agencies and government departments of education, Domestos will continue its focus on improving school sanitation globally. Through these initiatives, Domestos has already helped 29 million people gain better access to clean and safe toilets. Now this target has been reset to 100 million more people by 2030.

The fact that only 15% of children surveyed had told an adult about the poor state of their school toilets reflects the invisibility of the problem and the need to talk about it with the people most concerned – namely children.

Recognising that this may not always be an easy topic of conversation, Domestos has teamed up with parenting expert and influencer Clemmie Telford to create the ‘Let’s Talk School Toilets’ guide to help parents and children talk more openly about toilets at school.

“Some memories of my own school toilets aren’t nice, and I assumed that they would be better for children nowadays. Domestos’ research suggests that, sadly, this isn’t the case,” says Clemmie.

The guide includes tips to help parents understand the realities their children are facing, making the ‘school toilet talk’ that bit easier.

Clemmie suggests that simple things like finding the right time to chat and talking about how you approach toilet hygiene at home can help open up a conversation with your child and create an environment where issues can be discussed and problems solved.

“It's definitely something I intend to keep talking to my kids about,” says Clemmie. “I am encouraging you all to have this conversation, too, to find out what’s going on and start to improve the situation for all kids.”

To find out more about Domestos’ mission to improve sanitation facilities across the world, visit www.domestos.com.