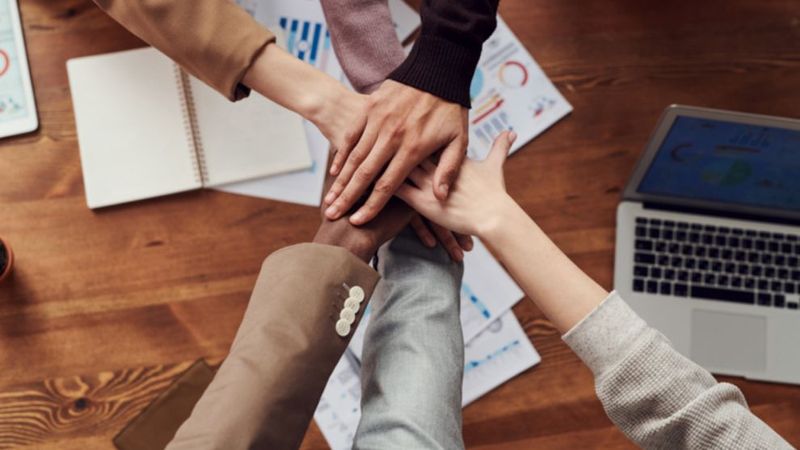 From COVID to Climate: When ambition becomes contagious

Australia’s response to the COVID-19 pandemic is the perfect example of an ‘ambition loop’ in action - a virtuous cycle where businesses, policymakers, NGOs and the wider community share a common goal and push each other towards it, supportively.

Over the past months, our shared goal has been to flatten the curve and protect our economy. While we have been fortunate compared to other countries, it hasn’t been a case of good fortune. We have worked hard to get where we are today. Our leaders have listened to experts, they have made tough decisions and they have taken rapid action by putting structures in place that would have been unimaginable just four months ago. Partnerships that may have once been considered unusual have evolved, and competitors across industries and sectors have worked together to support the community.

This coordinated leadership has led to every single one of us drastically changing our behaviours. It has taken sacrifice and it hasn’t come without huge costs to people’s lives and livelihoods, but we have formed a coalition of willing like no other before. While we still have a journey ahead and an economy to rebuild, there are many learnings we can take forward from this crisis.

As the country shifts focus to how we’re going to emerge from this health crisis, the economic impact becomes more evident, with the best solution being a large stimulus package. Through economic stimulus we have an incredible opportunity to continue working together to galvanise a more sustainable, future-facing economy - one that ensures clean air, more jobs and a healthy environment.

To achieve this, we need to transition away from high-carbon pathways. Public spending must align with the most ambitious goals of the Paris Agreement - limiting global warming to no more than 2ºC, and ideally 1.5ºC by the end of the century, and reaching net-zero emissions by 2050 at the latest.

Businesses are already demonstrating that decarbonising the economy is possible. Unilever has set a target to have net zero emissions from its operations by 2030. Good progress has already been made, with Unilever Australia switching to 100% renewable electricity to power all its operations in January 2020, well ahead of its end-2020 target.

When you meet a target, it doesn’t mean you stop. It means you stretch even further. This is why Unilever recently announced a new range of commitments, one of which is to achieve net zero emissions from all products by 2039 – from the sourcing of materials, up to the point of sale in store. This will mean drastically addressing emissions outside of the company's own operations.

However, just as we have had to work together to tackle COVID-19, the race to zero must be a collective effort, and the ambition loop is critical to achieving this. Unilever’s switch to renewable electricity demonstrates to policymakers across the world that they can go further and faster in setting clear policies to raise the bar across the industry.

We have already seen this loop of ambition take shape among state and territory governments, all of which have set net zero emissions targets by 2050.

In doing so, they inspire others to achieve the same and once we all have a clear north star, the whole system will start to change. Increased flows of research and development will be drawn to the challenges. Consumer trust strengthens and economics of scale are realised. When you can get broad swathes of the economy saying they want to chart a course for a different kind of future, that’s when ambition loops really start to become empowering.

But ambition loops are a constant work in progress, and they require ongoing collaboration. That’s why together we’re calling on the Australian Government to join the ambition loop and set a 2050 net-zero emissions target now. This would not only create the right context for stronger business action, it would also signal to consumers that they have an essential role to play in reducing their own emissions.

We need to stretch our ambitions further and to help our nation achieve this, WWF-Australia recently commissioned an EY report that showed a clean stimulus package could generate over 100,000 jobs and rebuild Australia’s economy post pandemic.

The report found an economic recovery based on renewables would not only reduce carbon pollution, but also boost local manufacturing, unlock new industries and create almost three times as many jobs as a fossil-fuel-led recovery.

COVID-19 has forced a reappraisal of possibility and strengthened our Australian spirit of ingenuity, dedication, collaboration and having one another’s back. We are a nation of innovation and we are also lucky to be the sunniest and windiest inhabited continent on the planet.

With our endless sunshine, huge land area, powerful winds, world-class expertise and strong trade relationships, we could produce enough clean and affordable energy to power our whole nation and have plenty left over to sell to our neighbours. Australia has the power to be the world’s leading exporter of renewable energy by 2030.

But if we refuse to embrace the immense opportunities of a zero-carbon economy, Australia will be left behind countries with fewer renewable resources. It won’t happen overnight, but together we can build a plan that gets us there in a way that supports today and protects tomorrow.