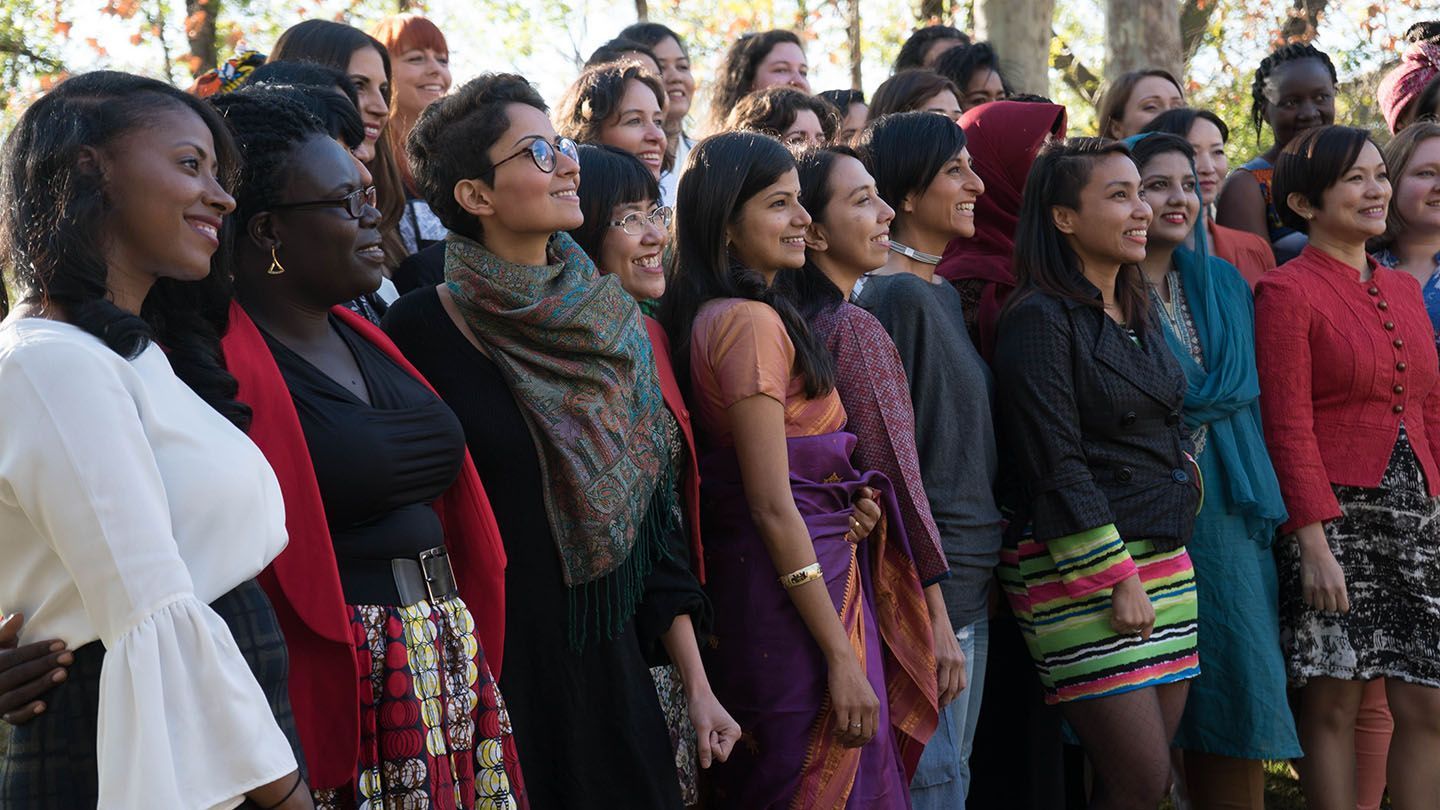 To address today’s global challenges, we need a new way of leading. One that is more inclusive, where women and men have an equal share in positions of leadership. 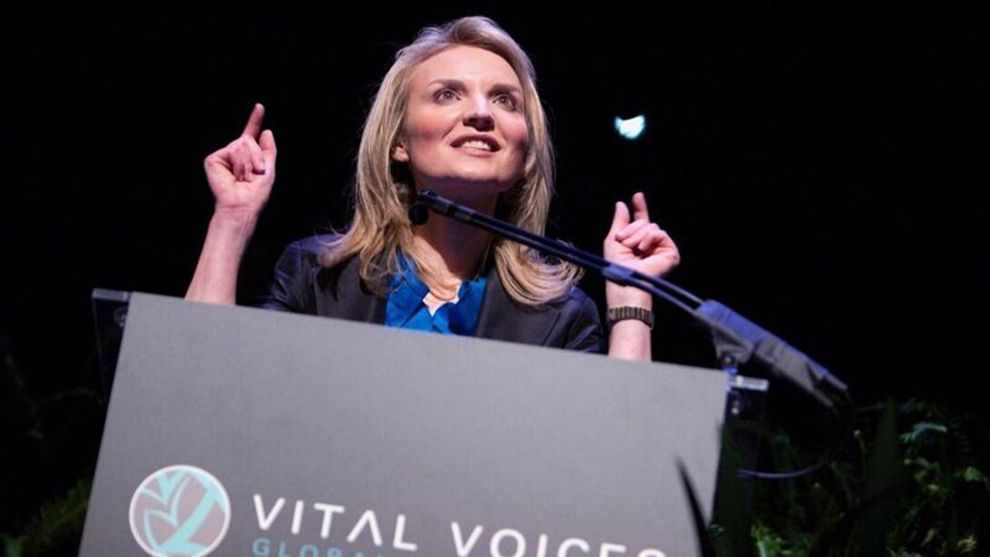 Vital Voices supports women leaders – activists, innovators and entrepreneurs – who are working to drive transformation in their communities and beyond. Under her leadership, the organisation has expanded its reach to serve over 15,000 women leaders in 181 counties.

A fascinating new report shows that, when more women sit at the top table of business, their companies do better – as does society and the environment. It also reveals that women leaders are more likely to set the world on a sustainable path. But why is that?

Women tend to lead differently than men. Not necessarily better, but certainly different. And I’m convinced that this balance of styles is precisely what our world needs.

What we’ve observed at Vital Voices is that women leaders encourage open conversation. This ability to be inclusive and find common ground is an essential part of making lasting change.

In our view, the world is craving authentic leaders who demonstrate empathy. Not that long ago, many people considered empathy a weakness. Actually, it’s one of the most powerful traits a leader can have. And it’s a quality more associated with women than men.

The crusader with the camera

Take Samar Khan from Pakistan, anthropologist-turned-filmmaker. In her community, Swara was commonplace. This is a practice where girls are given as compensation to settle disputes or pay for crimes committed by men in their family. The girl could be made a child bride or a slave. In 2003, this was legal.

Samar knew that the way to bring an end to this was not to tell people it was wrong and that they must respect the girls’ human rights. Instead she made a documentary featuring fathers who stood up for their daughters, judges who ruled against the perpetrators and male heroes who were championing for the rights of girls – sometimes at significant personal risk.

In 2004, Swara was made a crime thanks, in part, to Samar’s campaign. It still goes on, so does her work. But the point is, her activism doesn’t call people out. She understands that, when you’re trying to change culture, you can’t attack people and their values. You need to use culture to shift culture. 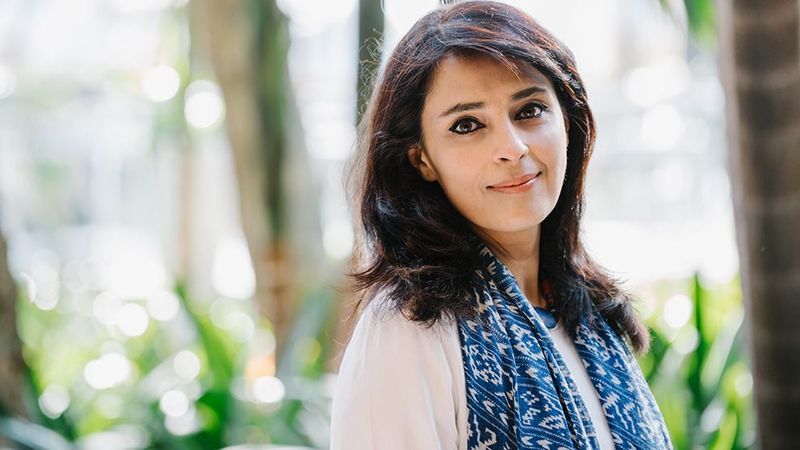 Giving a voice to those who are seldom heard Samar uses her lens to focus on unsung heroes within rural communities, such as Pakistani fathers who take enormous risks to stand up for their daughters. She believes in engaging men in order to end violence against women.

That sort of approach is exactly what our VVLead Fellowship is all about. This partnership with the Pond’s brand supports leaders who find alternative ways to create lasting change on seemingly intractable issues. Challenges that no one has been able to solve for generations and where status quo leadership is not going to move the needle.

These are challenges that you have to tackle in very different ways. Samar used creativity. She also used empathy. She decided that to change the way fathers think about their daughters, she would show them the kind of father they should aspire to be, rather than how terrible Swara is.

There’s an advantage to historically being left out. Women have had to adapt and think differently. They’ve had to forge their own way, with fewer resources, less access, less ‘formal’ power. But they’ve still found a way to advance the communities and causes they care about.

We relate to messes, more than successes

People want this new and authentic style of leadership. They want to see the human side. Genuinely successful leaders aren’t afraid to admit their mistakes. If you call them out yourself, no one else needs to. That, in itself, is a really strong tactic.

VVLEAD Fellow Christy Jordan-Fenton – who is a children's book author, speaker and indigenous rights activists from Canada – observed that most people don’t connect with your successes, as much as they do with your messes. If you’re a leader, your successes may seem unattainable to others. But your messes – your childcare problems or whatever they may be – are the things people can absolutely relate to.

Choose to lead, yourself, now

Many people think that governments and NGOs will deal with these issues. To an extent they will, but it’s not enough. If we keep believing that, things will never change. If we want to get from where we are today to where we want to be, we’re going to need everybody onboard.

We’re going to need new and innovative solutions. These will come certainly from corporations. But they must also come from individuals, citizens, tackling things from different angles.

If you work in a corporation, think about how you can use it as a platform? As an artist, you have an ability to speak to people’s hearts, not just their heads. As a college student, how might you help shape the ideas of future generations?

There’s something that everyone can do. But work through your own lens, with the resources and skills you have. Leaders don’t wait for the perfect circumstances or the ideal moment – they choose to lead from wherever they are.